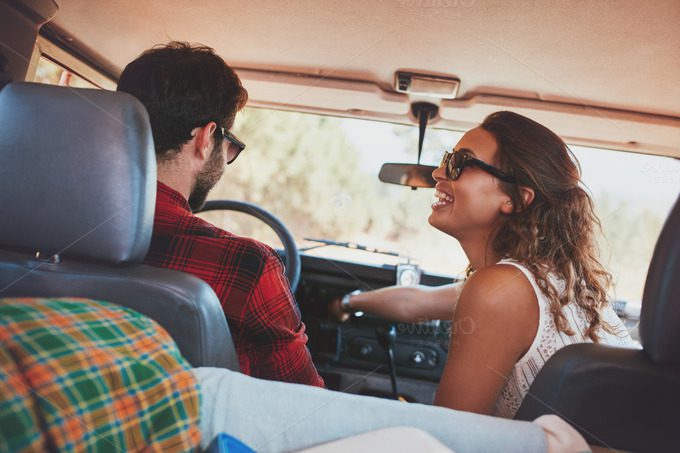 Eveline and Rick (The Netherlands)

We always dreamt of travelling in a camper, but were never really in a position to buy one.

We were already getting excited when packing it. We didn’t need to take much with us but had hired lots of extra things like the complete inventory, the tables and chairs. We were also very happy that we hired the mosquito net too because that meant we could leave the back open.

We drove to the south of France. What is funny is that, in the car, we usually just want to get to our destination as quickly as possible, but now we were taking it easy, even taking side roads to enjoy the beautiful surroundings. At the campsite, we didn’t have to do anything, with no tent to pitch, we just unfurled the awning, put the chairs out and we were set.

That evening, we had fun watching everyone outside fixing their dinner in the rain, as we were cooking in the camper. It was a great experience. We even put the heater on that night, wonderful. Sleeping was also great. The bed is folded out in one movement and folded back in another. The mattress was hard, but that’s the way we like it (if you don’t, then I’d suggest you hire a top mattress as well).

The weather in central France wasn’t very good, so we decided to head further south. Awning back in, chairs folded and off we went. We really had the feeling of freedom and it felt great. In the south, the weather was fantastic. We stayed on two different campsites, because we enjoyed ‘campsite hopping’, we didn’t have a tent to pitch, so it was easy. We even split the return journey into two parts as well, because we thought it would be nice to spend two days in Luxembourg.